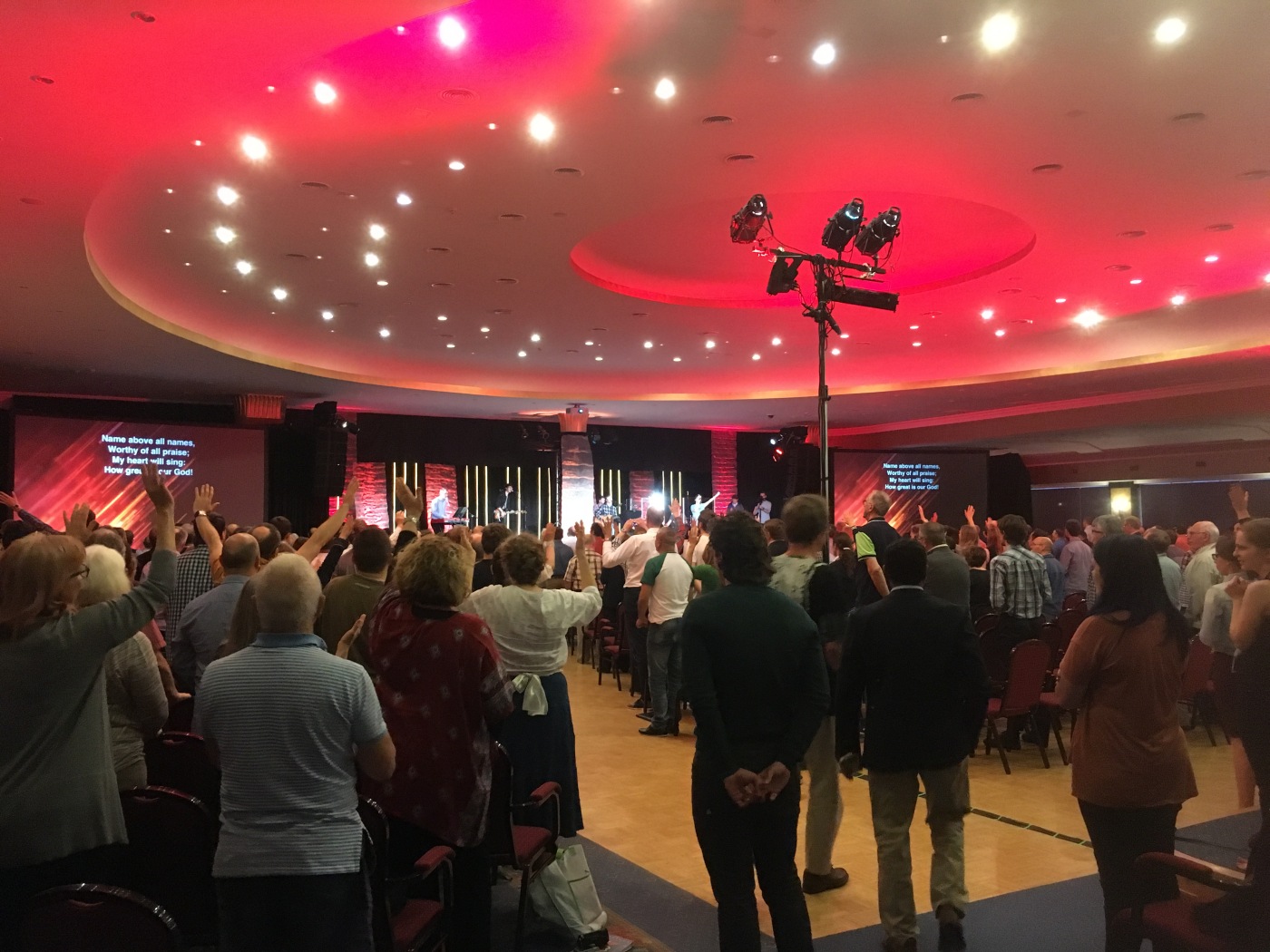 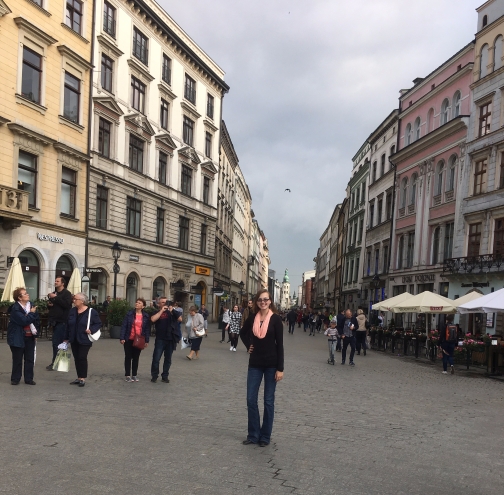 This post is a little delayed due to how busy the first couple weeks of being back in the states have been. But, my mission trip to Poland was one of the best experiences I have ever had and I can’t wait for you to read about what God did through the forum. Rather than giving a day by day overview, I’m going to share some of the highlights of the trip in this post and then I’ll share some of the stories in another update coming soon.  Also, most names will not be given because I don’t have everyone’s permission to share their names.

The first things on our schedule was training for the areas we were placed in, in addition to setting up the books in the bookstore. After training, the first job I had was airport greeter. I was extremely excited about this because, out of all the jobs we could get placed in, this was the one I wanted the most. Being a greeter meant going to the Krakow airport with two other people for about 12 hours and then greeting the speakers and participants as their flights came in. It also meant making sure they were on the proper shuttles to the hotel and getting to talk with them while they await their shuttle. The two other people with me were the second GCU student and someone from Atlanta, who were both super sweet! We all made a great team! They took turns holding the sign that said, “European Leadership Forum,” so the people could find us, in addition to watching the luggage while the travelers got food, used the restroom, or walked around

without having to worry about their bags. While they did this, I had the list that had everyone’s names and flight numbers so I could check them in as they arrived, make sure they were on the correct shuttle, keep updated with the flight delays, and keep the person in charge of transportation updated with any problems or changes. Although I loved the entire week, this was definitely my favorite area to get placed in! I really enjoyed everything about it; from doing the organizational tasks regarding the list to talking with the people as they were waiting for their shuttles, it was amazing. It was unbelievable how happy they were to see us there and how much it meant to them that we had everything organized so all they had to do was show up. It was also amazing how happy they were, even when the last flight that came in was 3 hours delayed and the final shuttle ended up leaving over an hour later than expected. Most of them still had smiles on their face because they were just grateful to be there. I’ll talk about some of the conversations I had in the next blog post, when I share some of the stories from the week. Right now, though, I’ll keep summarizing what we did throughout the forum.

The next position I was in was room monitoring; in this position, I held up signs that said “10 minutes left,” “5 minutes left,” “Time’s up. Please finish.,” and “please repeat the question.”  I also had to make sure the room was according to the speaker’s specifications, in addition to recording the session with a recorder. Every morning (Sunday – Wednesday) I room monitored a network session, which meant it was only a specified group of people who came and it was the same speaker every day. The network I got to monitor was “Organizational Development and Fundraising,” which is for people involved with non-profits doing ministry. I thought it was cool I got to be part of this one since I would like to start a mission based organization eventually. The speaker in the network had a great personality and was very personable. He also told me that even though I was a volunteer, he wanted me to take lots of notes and gain knowledge that I can use in the future. In addition to being able to be in a network I enjoy with a great speaker, I also met some amazing people who were participants in this network, whom you’ll hear about in the next post. In addition to the network, I room monitored 1-2 sessions in the afternoons. These were all single sessions, which means the topics and the speakers varied. This also meant that I got to meet even more people because it wasn’t the same people in every session.

Speaking of people, I met the most people through plenary seating. Plenary was similar to a chapel service for all the participants, speakers, and volunteers (who weren’t scheduled during that time). There was one every morning and every evening, I was assigned to the evening team only though. Plenary seating included a variety of jobs 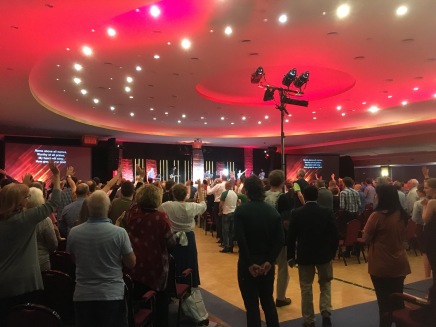 including, putting fliers on seats, passing the plates for the book scholarship offering, and collecting the name badges on the last night. I also got to stand at the door and greet everyone as they came into the plenary, then I was able to sit in on the plenary sessions. One of the most powerful moments in the plenary was on the last night when everyone sang “How Great Is Our God” in their own language, at the same time. It was amazing hearing all those voices, worshiping Christ with the same lyrics, in different languages.

There was one more area that I helped in and I think this may have been one of the most powerful areas to witness what happened in there. This area is the bookstore. The first day I helped with bookstore setup, which is when we set up over 8,000 books! We divided the books into categories, then set them up into stacks so all the books fit on the table in an organized manner, under their category. Then, I helped two nights during the 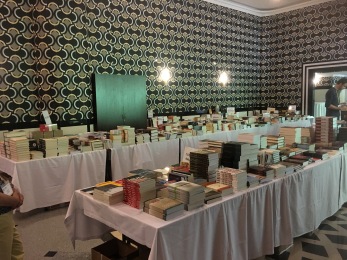 forum when the bookstore was open. The first night was just a normal” night in the bookstore where anyone can shop and buy books. I was one of the volunteers that was helping to answer questions, which meant I got to observe what was going on around me when I wasn’t answering questions. What I observed while being in there was amazing! These leaders were so grateful for the chance to have access to these books. They would have lists of books that they were looking for and they would search through all of them to see if we had the ones they needed. Some of them would have notebooks and they would take a book that they couldn’t afford (although they were all at extremely discounted rates for the forum, there were still some leaders who couldn’t afford the books they needed/wanted), and they would sit down in a chair and copy information from the book into the notebook so they still gained some of the knowledge. I thought this night was powerful seeing how excited they were about the books but the next night was even more powerful. The next night was scholarship night, which meant anyone who was there on scholarship would receive a book scholarship to get books. These scholarship recipients were so excited to be able to get the books they needed to help them share the Gospel in their parts of the world. Some people would have huge stacks

of books that they were getting because they were so excited to have access to books like these. Other people who weren’t scholarship recipients would find a scholarship recipient and tell them that they want to buy any books that are more than the scholarship amount because they want to help them out. These leaders had to stand in the checkout line way longer than most of us would have the patience for and yet they still had huge smiles when they got the counter to pay. When we talked to them they would tell us what it meant to them to be able to get these books and how much the forum, in addition to the bookstore, had impacted them that week. The genuine excitement, joy, selflessness, patience, and giving attitude that was demonstrated that night was unbelievable. I had never seen anything like it and I guarantee I won’t forget it anytime soon.

That’s a semi-short overview of what we did at the forum, but that’s not including our downtime, meals, stories, or the volunteer day (exploration after the forum) experiences. Some of that will be in my next blog post and the rest I look forward to telling you when I talk to you! If you have any questions or want to talk more about my experience there, I would love to talk to you so please reach out to me.

I hope you enjoyed reading this! I can’t wait to share the next post with you. Thank you! 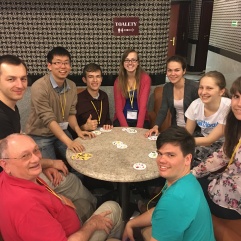 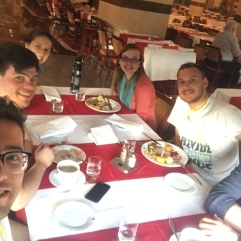 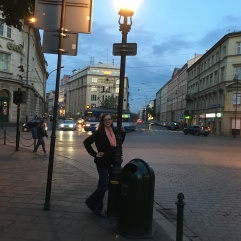 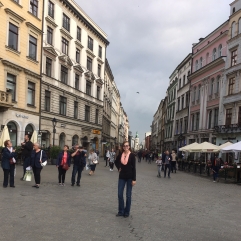